The raccoon rushed over to his neighbor the beaver

and gasped, “Beaver, I have lots of trouble.  I have more trouble than anyone else in the whole world.  You know the beautiful home I had?”

Raccoon said “you wouldn’t believe it, but the big storm we had knocked the tree down and my den along with it.  Now I am homeless.  Where will I sleep tonight?”

Beaver said “I know what you are saying, 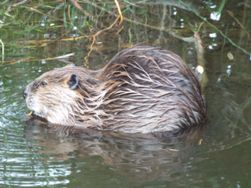 but I want you to know that I have more trouble than you have.  The wind broke my beaver dam all to pieces and now the entrance to my home is blocked.  I will probably be homeless for a long time.”

Just then a muskrat stopped by and they told their problems to the muskrat.

The muskrat said, “you think you have trouble, I want you to know I have more trouble than both of you.  After the winds came heavy rains and all the water came rushing into my tunnels and I almost drowned.  My home is all washed away  and the ground is so wet I can’t build new 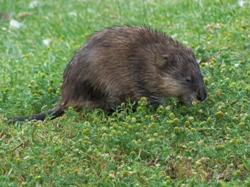 tunnels.  Now I will be homeless for a long time.”

Then the three of them began arguing about who had the most trouble.  Each of them wanted to have the most.

Beaver had an idea.  He said “let’s ask the owl.  Owls are known to be wise, so I am sure the owl will know which one of us has the most trouble.”

The owl was on a tree nearby and heard them arguing.  In fact, they woke her up from a sound sleep.  The owl was tempted to say, ‘my big problem is you guys are arguing so much I can’t get any sleep.’

But she didn’t say that. Instead she told them that no matter how much trouble any one of us has, there is always somebody with more trouble.

“Besides,” she said, “you have told each other all your troubles now and that will help you to cope better.

Now you can help each other rebuild your homes and in no time you will all have forgotten about your troubles.”

The beaver said, “yes, let’s all help one another!  In no time at all we will all have new homes.” 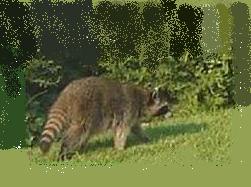 They all went to work and before long they had done the repairs to the beaver dam and the raccoon found another tree for his new home. And the muskrat had to be satisfied with a shallow tunnel because the ground was still wet.