My cat Tiger was out all alone,
On a dark and stormy night.
He was lost and very far from home,
But tried to conceal his fright.


In an instant a giant storm cloud
Took him to a distant star,
Where he was met by a bizarre crowd
With faces as black as tar.


He ran for his life, not looking back,
But they were right behind him
Shouting, “let’s get him, on the attack!”
Looking determined and grim.


Tiger ran to the end of the star,
And had nowhere else to go.
Then off he flew, like a speeding car,
Into the ocean below.


With sharks in the water everywhere,
And a giant whale near by,
Tiger cried out in total despair,
And began to sob and to cry.


Just then my alarm began to ring,
What relief when I awoke!
And outside I could hear the birds sing,
And Tiger was on the oak. 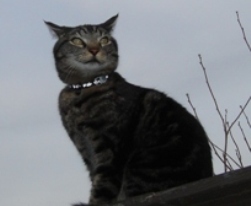 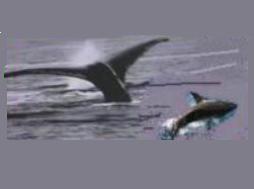